Let's take a look at a possible solution for the "new subscriptions per week" metric. Using YEARWEEK() we can easily count the active subscriptions grouped by week of the year. The underlying Eloquent query now looks like this:

This works pretty well. With the correct indexes it's pretty fast too. However, there's one fatal flaw: once a subscription ends, it's no longer counted as a new subscription in the past weeks because it's no longer active. You can probably think of a couple more examples where aggregating metrics from a traditional active record database goes wrong. Here are a couple examples of our own:

All of these metrics are based of a certain state in time that's no longer active or data that was only in the database temporarily. If we want to query these metrics at any time, we'll need to keep all relevant data and states forever. In practice, this is less daunting than it sounds. Let's look at three possible solutions (including our very own laravel-stats package) to solve this issue.

However, this method doesn't scale well if you need metrics from different time periods. If you're only storing new sign-ups per day, there's simply no way to query new sign-ups per hour. In other cases you might also miss data that happens in between two snapshots. For example an error that's created an deleted on the same day will never count as a "reported error" for that day. We cannot snapshot data if it's already deleted or modified at the end of the day.

Event sourcing is a pretty powerfull pattern but it can't easily be implemented in existing applications without some overhead. That's why we've opted for a hybrid solution: event sourced metrics without event sourcing. 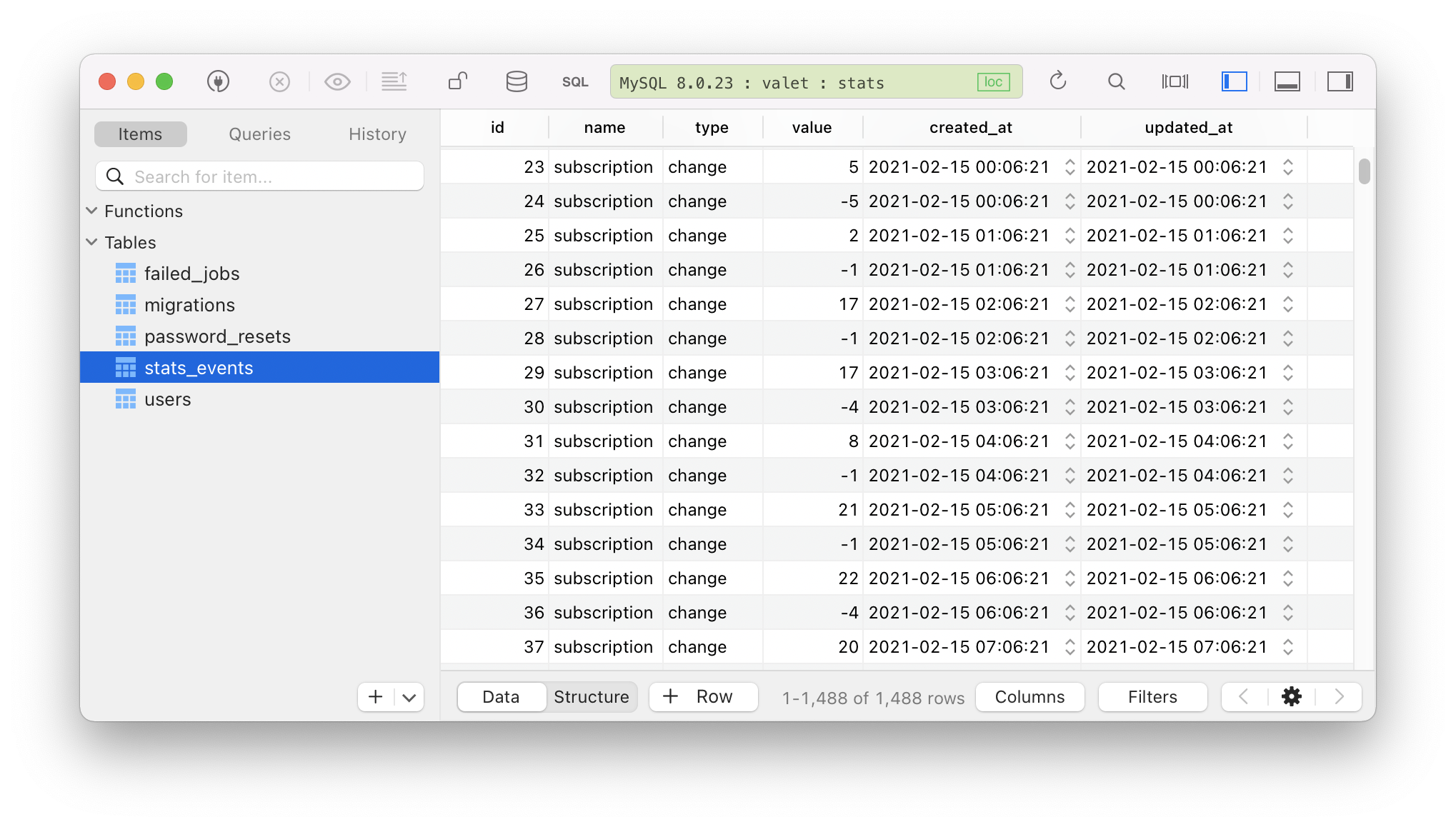 As you can see, we're also storing timestamps for these events. Using these timestamps we can aggregate events and metrics for every timeframe you can think of. For the subscriptions per week metric, this looks a little something like this:

We're also specifying a start and end date. These boundaries are especially usefull when creating graphs. Finally, the returned data looks like this:

The returned data doesn't only include the summed increments and decrements but it also keeps track of the total number of subscriptions and the difference between each group! This way you can metrics and graphs for, e.g. new teams, deleted teams and the total number of teams, all from one statistics class.

Intrigued? Take a look at the package's readme on GitHub or read more about it on Freek's blog.

Track your errors in 3 simple steps:

This takes only a few seconds